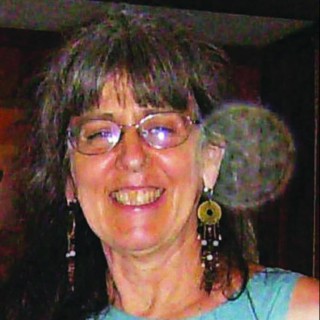 Next installment of the book:

Do they think that Lady Gaia has nothing to say about this?! As Baba always says, Love is always the answer–Love without condition, moving beyond fear into freedom. Love to you all!

I have been working with frequency for much of my adult life, starting with music, learning its therapeutic effects and how to use frequency for healing. I progressed to making and using flower essences and gem elixirs and other vibrational remedies. So when Cathy O’Brien talks about her perpetrators using harmonics and frequency to control people’s minds, I can open my mind to that possibility. This concept is probably foreign to most people. However I was only aware of the effects and use of positive natural frequencies.

The WMT [World Management Team] has developed and uses very sophisticated frequency broadcasting machinery through TV’s and other digital devices in our homes and in our pockets. The only way we may become aware that something is happening is when we exhibit physical effects, and then it is very unlikely we will attribute these to frequency emissions that we can’t see or smell or touch.

Manmade EMFs (Electromagnetic Frequencies) cause major health problems, especially cell phones and “smart” electrical meters on or near our homes. We can’t see these emissions, so we don’t know they are there and often have trouble even imagining them. I have had personal experience with the effects of  EMF’s. My partner and I would sit on our couch watching TV at night. Then he started getting nose bleeds. I was having intense headaches. We weren’t doing anything out of the ordinary for us and this was a mystery. I was led to a course online about EMF’s around this time, and learned about the pervasive dangers. I found a company that I trusted which is able to protect your property, not by “shielding” but by transmuting the dangerous EMF’s into ones that are compatible with our biology. After a free 15 day trial  I subscribed to their service. A few weeks later I noticed that M no longer had nose bleeds. I no longer had massive headaches. And then I realized that we had a “smart” meter hanging on our house, right on the other side of where we were sitting at night. Even with my extensive experience learning about and using frequencies, it took me awhile to figure out the problem.

We are now under a veritable bombardment of mind altering frequencies, through words, videos, music, subliminal programming in these and other things, Mind numbing slogans become so familiar and pervasive we don’t realize that they are writing programs in our brains. Then when we hear certain words or phrases, we have a knee-jerk type reaction. Some examples of these are “Vaccines are safe and effective”, phrases such as “conspiracy theory” and defamatory labels of people who have broken through the programming, such as “anti-vaxxers” and “conspiracy theorists”, Those who don’t agree with the program are called “racists” (indiscriminately applied to whoever doesn’t agree with you), “white nationalists” (ditto), “evangelical Christians”, “pro-lifers” or “anti-abortionists” or whatever. It’s brilliant really, classical divide and conquer, with an added fillip of frequency mind control. The WMT doesn’t really have a “side” in all of these conflicts,. They are promoting conflict itself to separate people as much as possible. Divided, confused people don’t come together to organize resistance—they lash out at whomever they can make a victim. When we allow the controllers to do this to us, we are furthering their agenda, not ours.

I was appalled when I first read Cathy’s account of her experiences in the governmental/CIA sponsored mind control program, MK Ultra, specifically the Monarch program. It was hard to read and even harder to assimilate such horrors, and to know that our government, even a hidden secret part of it, was perpetrating these atrocities. When I tried to tell others about this, their eyes would glaze over. It was too much to take in, so they couldn’t, didn’t, wouldn’t. This was in 1995-6. It’s even worse now, especially after the fear propaganda campaigns we’ve all been exposed to over the last few years. For instance, Cathy talks about being forced to wear a mask during much of her training and when she was farmed out to political dignitaries. Funny word, dignitaries, as if they automatically have dignity, being in political power. Same with “gentleman”—maybe an early form of Orwellian double speak. The WMT is expert at doublespeak.

It takes knowledge and focus to rise above the insidious techniques being used to mind-numb and control us. And yet, that is what we are being asked to do, by our inner Spirit. We must hold to the truth that the energy, the frequency of the world, of our universe is Love without condition, and that this Love is more powerful than the outside efforts to control us through fear. Cathy’s major message in all of her writings and video appearances is that we need to go within, and there we find the truth that sets us free. She is a beautiful being of Light sent to help us through these end/beginning times of fundamental frequency change. Let’s be part of the solution and be the Love that we are.

To hear her inspired testimony, go to:

“We’ll know our disinformation program is complete when everything the American public believes is false.”

William Casey, director of the CIA

Back in 1995 or so I read a book TRANCE Formation of America, by Cathy O’Brien. It’s a hard read. She details her experiences from childhood on as a victim of governmental mind control programs. She was rescued from her scheduled “elimination” at age 30 and began her recovery. Now she has a film out telling about these mind control programs, which still exist. You can watch it at TRANCE.movie for $4.99–the best $4.99 you will ever spend. Every human on earth needs to know about this.

The book is also available again now (it disappeared for years). TRANCE Formation of America, by Cathy O’Brien. Go to Trance-Formation.com to order.

Continuing the audio version of Living in Freedom & Love Without Conditions